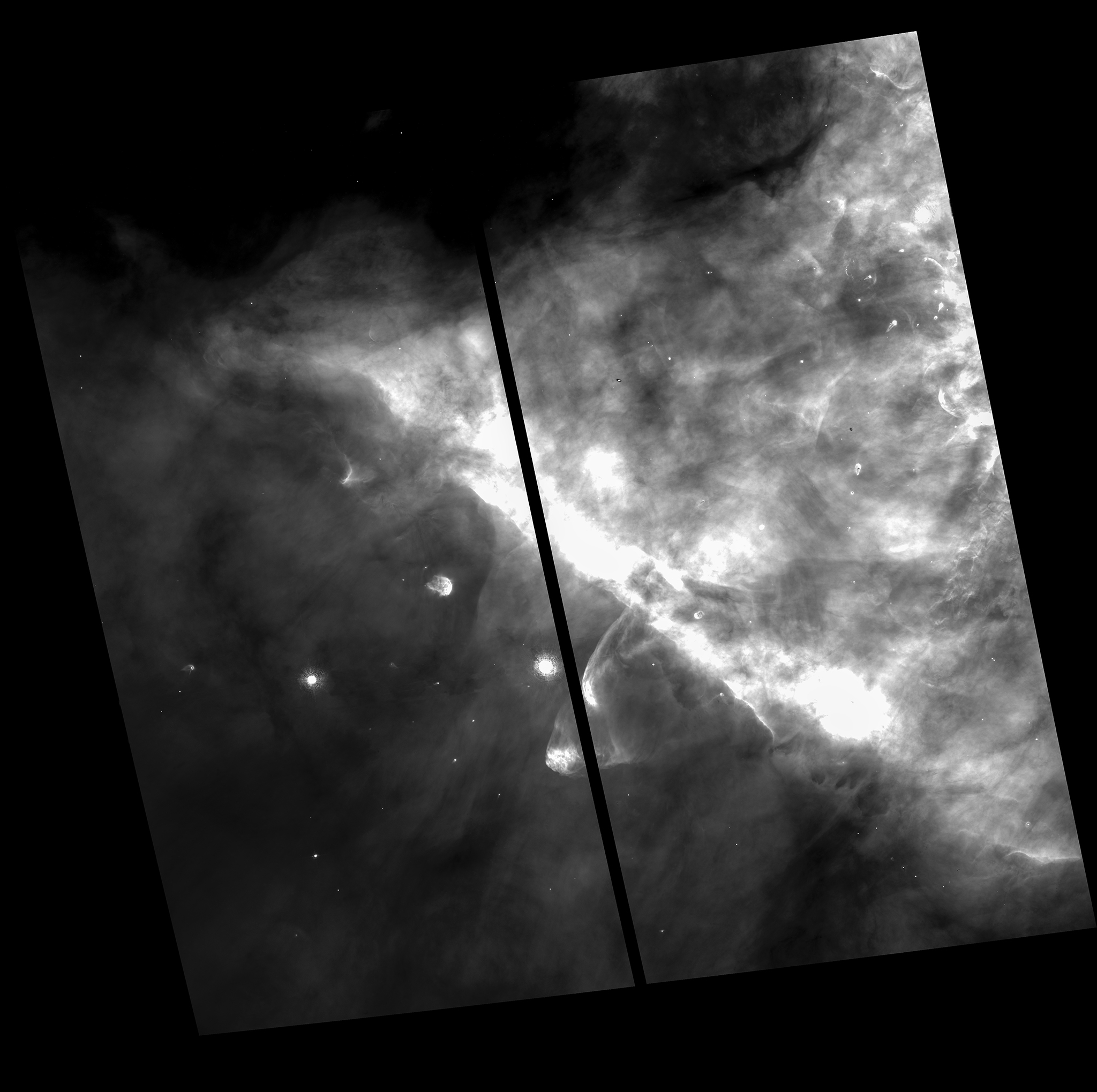 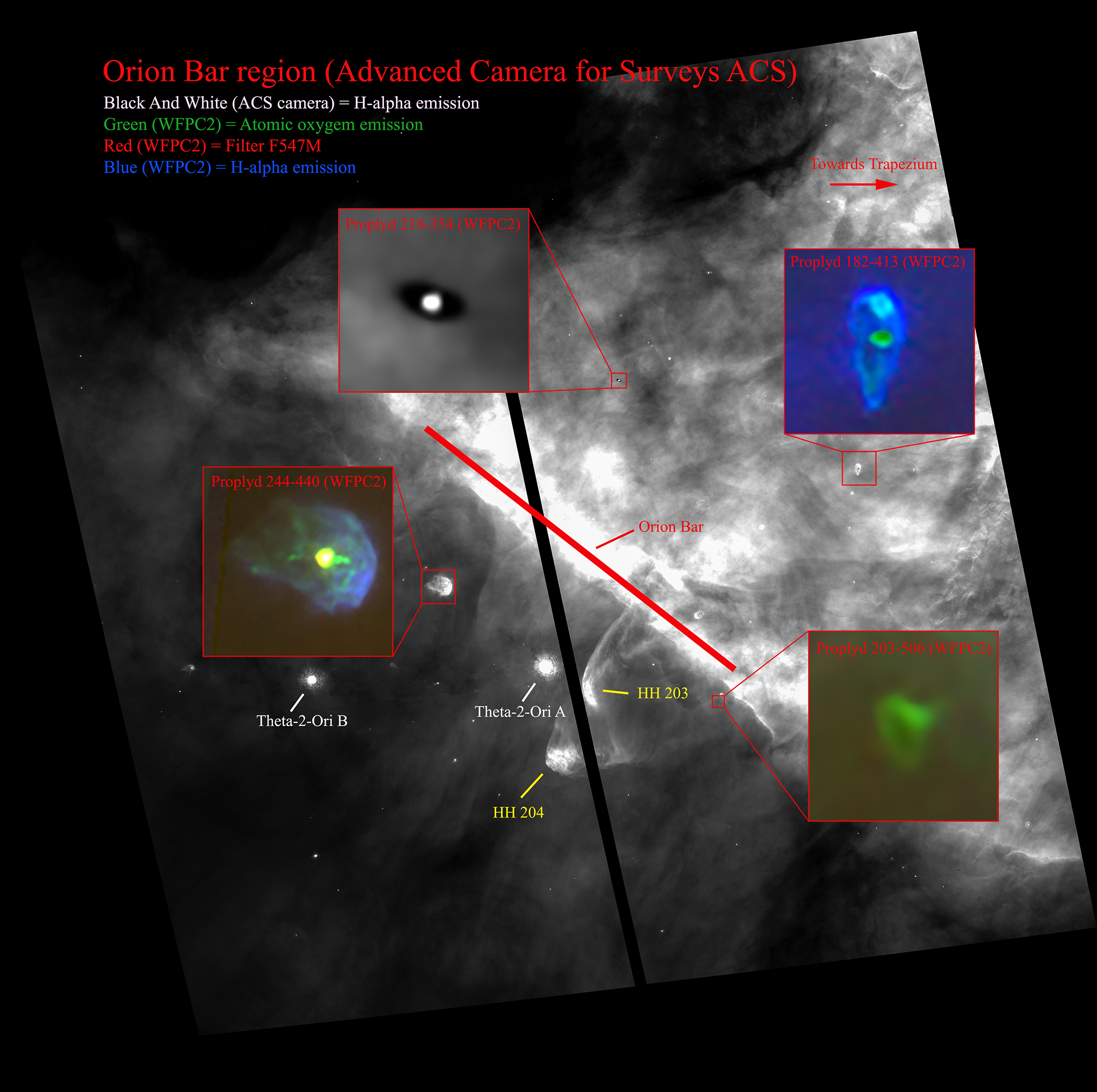 The Orion Bar area is one of the best studied regions in the Orion Nebula. It is also a region with a large number of interesting astrophysical objects. In the above picture more than fifty proplyds can be identified. There are several bright stars in this area. Unfortunately these stars have enormous diffraction spikes in the broad band Advanced Camera for Surveys (ACS) filters. This makes it nearly impossible to produce a pretty color picture from the ACS data. Instead I am using the data observed with the ACS narrow band H-alpha filter to produce a black and white image.

The Orion Bar region is named after the bright, bar like structure in the center of the image. The Bar is an ionization front where the energetic photons from the Trapezium stars (called extreme ultraviolet photons or EUV photons) are destroying the surrounding molecular cloud. In principle the whole surface of the Orion Nebula is a large ionization front. So why is the Orion Bar so much brighter than the other ionization fronts? The answer is the Bar has a special geometry. The Trapezium stars have formed a canyon
like structure inside the Orion Nebula. At the location of the Bar we are looking nearly edge-on at the canyon wall. This results in the bright, bar like structure which is visible in nearly any telescope.

Somewhat south of the Bar are two bright, finger like structures called HH 203 and HH 204. These structures are Herbig-Haro objects (named after the two astronomers George Herbig and Guillermo Haro). Herbig-Haro objects are bright spots inside star forming regions and can be observed with smaller telescopes. They are typically related with jets or gas ejected from nearby young stars. In the case of HH 203 and HH 204 the young star has not yet been identified.

In the picture above four proplyds are presented as example for the different proplyd types. The two proplyds 182-413 and 218-354 are discussed in more detail in the proplyd section. The object 244-440 is the largest proplyd in Orion Nebula. The bright head (H-alpha emission in blue color) is pointing towards Theta-2-Ori A. The proplyd has a green (atomic oxygen emission) central disk and a green jet like structure. The proplyd 203-506 is a peculiar object because it has a green (atomic oxygen emission) disk and a green jet, but the bright, blue outer shell (H-alpha emission) is totally missing. This object seems to be outside of the Orion HII region but still close enough to the O-type stars that atomic oxygen can be excited efficiently.