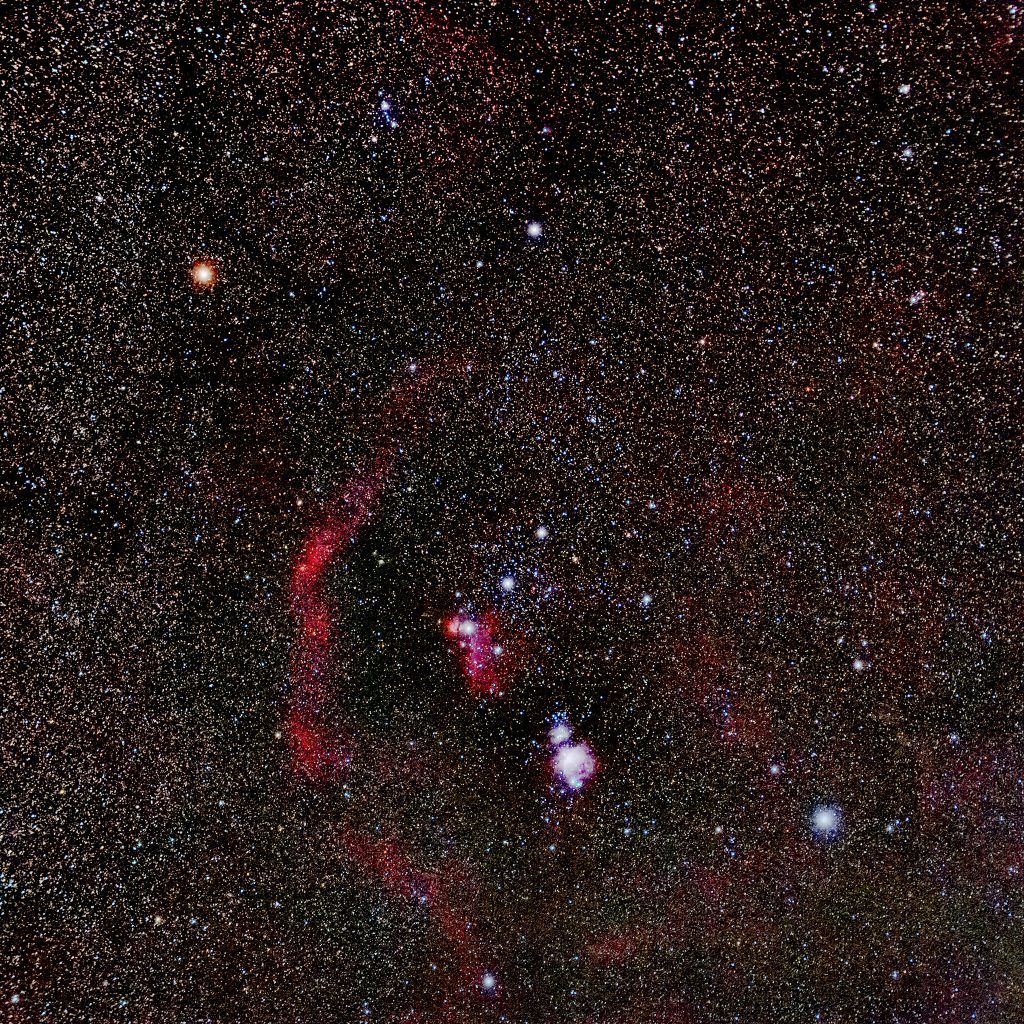 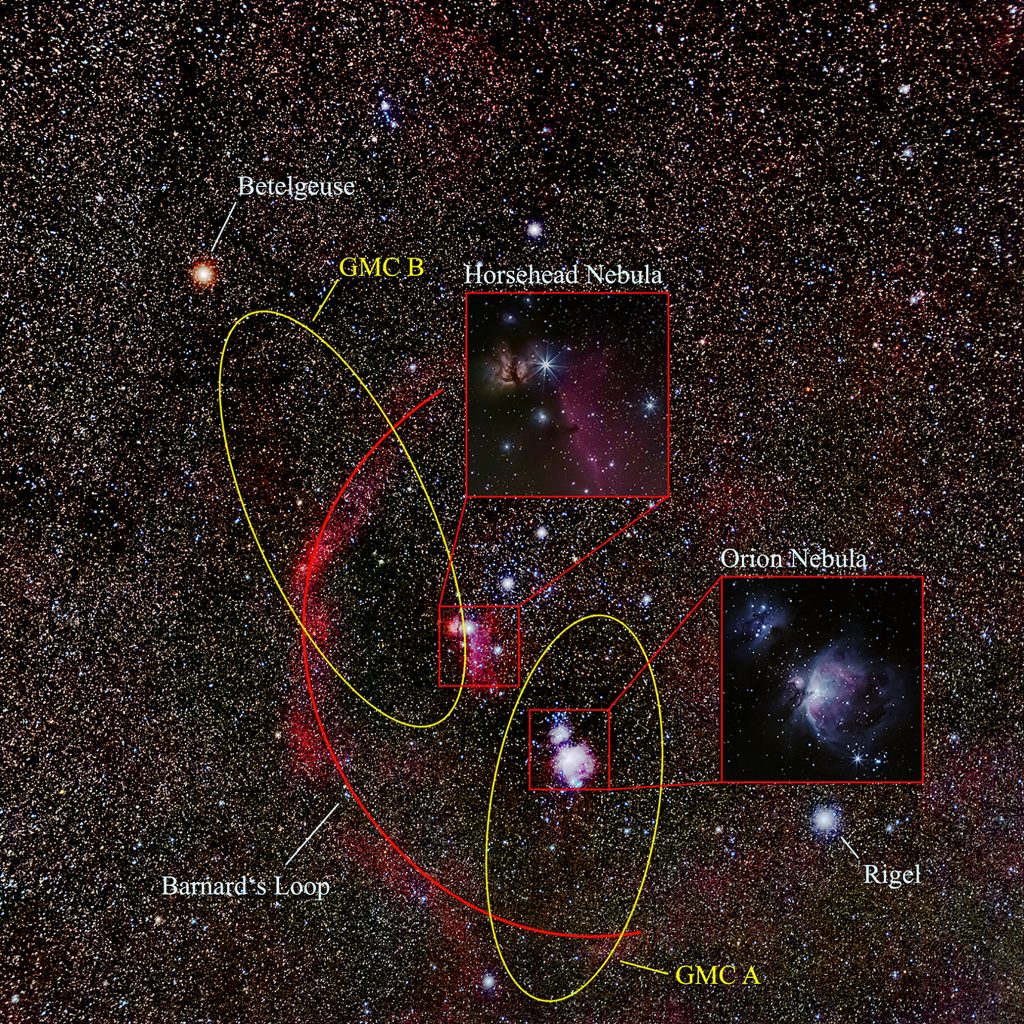 In pictures made with DSLR cameras or CCD cameras the molecular clouds are dark because they do not emit visible light. They can only be observed indirectly because they absorb the radiation coming from the background stars. This can impressively be seen in the long exposure picture above where the molecular clouds are darker areas in an ocean of stars.

Inside the molecular cloud stars are born. Most stars don’t form in isolation but in larger groups called star clusters. These clusters typically have a few high mass stars and many normal, sun like stars. The high mass stars emit a large amount of energy, destroy the surrounding molecular gas and finally burn a cavity into the parent molecular cloud. In the case of the Orion Nebula we can directly look into such a cavity and see the young stars and the surrounding hot, ionized gas. The hot gas is called emission nebula or HII region because it mainly consists of ionized hydrogen (HII) and free electrons.

In the long exposure, wide angle picture of the Orion constellation several new objects can be identified. The Horsehead Nebula and a crescent of red emission: Barnard’s Loop. This arc like structure is definitely linked to the young stars in the Orion Nebula. The exact origin of Barnard’s Loop is however still an unsolved riddle.

The brightest stars in the constellation, Betelgeuse and Rigel, are considerably closer to the sun compared to the Orion Nebula and the molecular clouds. It seems they are not directly connected to the Orion star forming region.