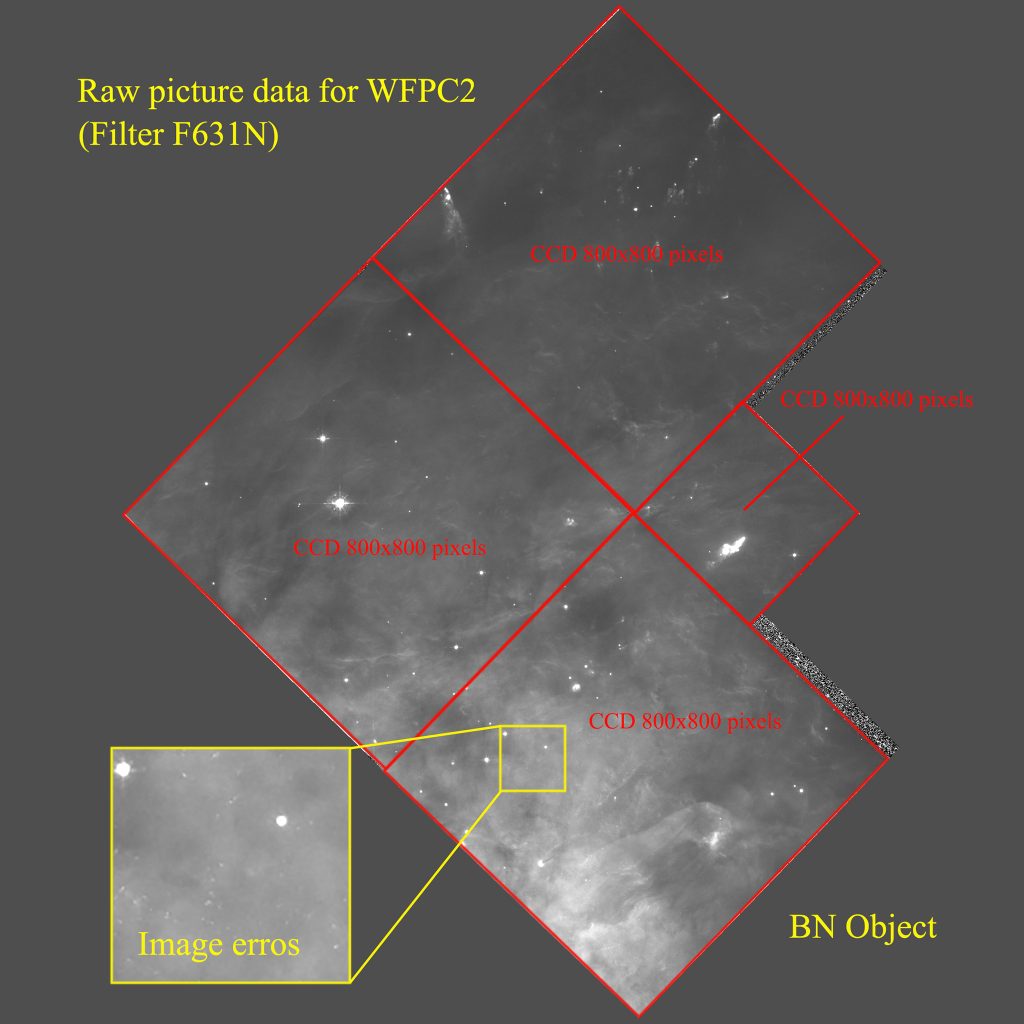 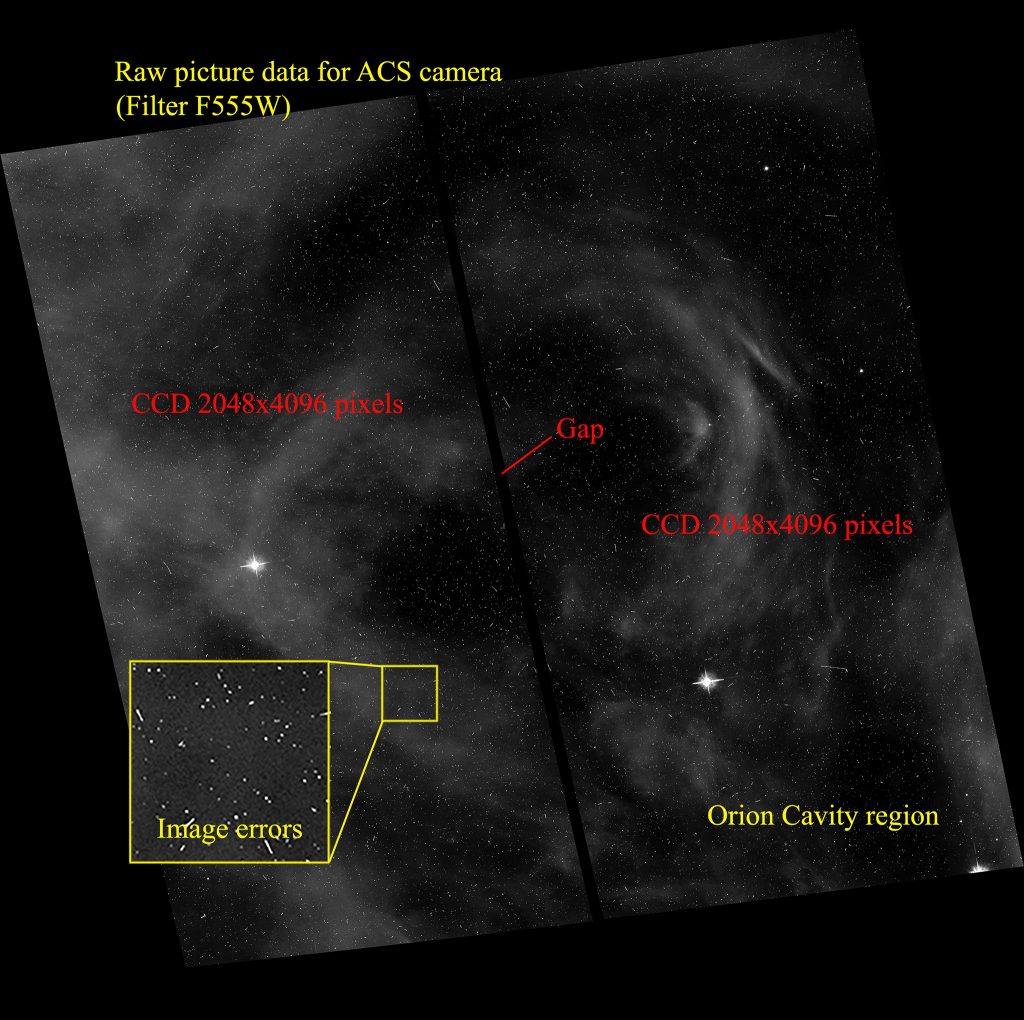 This section describes some technical details of the Hubble Space Telescope (HST) and the process of data reduction. You can skip this section if you are not interested in these more technical points. The Hubble Space Telescope was launched in 1990 and is still in operation. The HST has a 2.4m main mirror and carried several scientific instruments to explore the universe. The great advantage of a space telescope like Hubble is the superior spatial resolution. Hubble can resolve objects in the Orion Nebula that have the size of the solar system! The only ground based telescopes that can rival the HST resolution in the optical wavelength range are the two Keck 10m telescopes on the summit of Mauna Kea on Hawaii.

Here we will study pictures made with the two cameras onboard the Hubble Space Telescope. The older Wide Field Planetary Camera-2 (WFPC2) and the newer Advanced Camera for Surveys (ACS). The now decommissioned WFPC2 camera is a combination of four 800×800 pixel CCDs. The fourth CCD has a smaller size compared to the other three. This results in a stair step like image as shown in the picture above. The more modern ACS camera consists of two 2048×4096 pixel CCDs. These two CCDs are separated by a gap.

Space telescopes have also disadvantages. The CCD sensors inside the cameras are constantly hit by cosmic rays. This results in countless image errors as can be seen impressively in the above picture made with the ACS camera.

The cameras use narrow band or wide band filters to make pictures. The pictures are therefore always black and white pictures. To get a color RGB picture three pictures made with different filters have to be processed and combined.

In this table the HST filters used here are described (the number is the central wavelength of the filter).

The HST pictures are available on the Hubble Legacy Archive. The Archive provides currently more than 4000 pictures made with different filters for M42 alone. The workflow to extract and process the pictures is described in a wikiHow page (Searching the Hubble Legacy Archive for images). In principle I follow this workflow with one exception: I am not using Photoshop to align the three black and white pictures made with different filters to produce a RGB picture. Unfortunately the automatic alignment process in Photoshop does not work for stars and doing the alignment by hand is not accurate enough. Instead I am using the free program Deep Sky Stacker which automatically aligns the pictures perfectly well.

I am using the SIMBAD astronomical database operated at CDS, Strasbourg, France to identify stars and other objects in the HST pictures.

The most time consuming and difficult part in processing the pictures is to remove the abundant image errors and to keep the astrophysical object. These objects can be very small and it is in many cases not obvious if the object is real or an instrument artifact. But this makes it also extremely interesting and many new discoveries may still be hidden in the Hubble Legacy Archive.