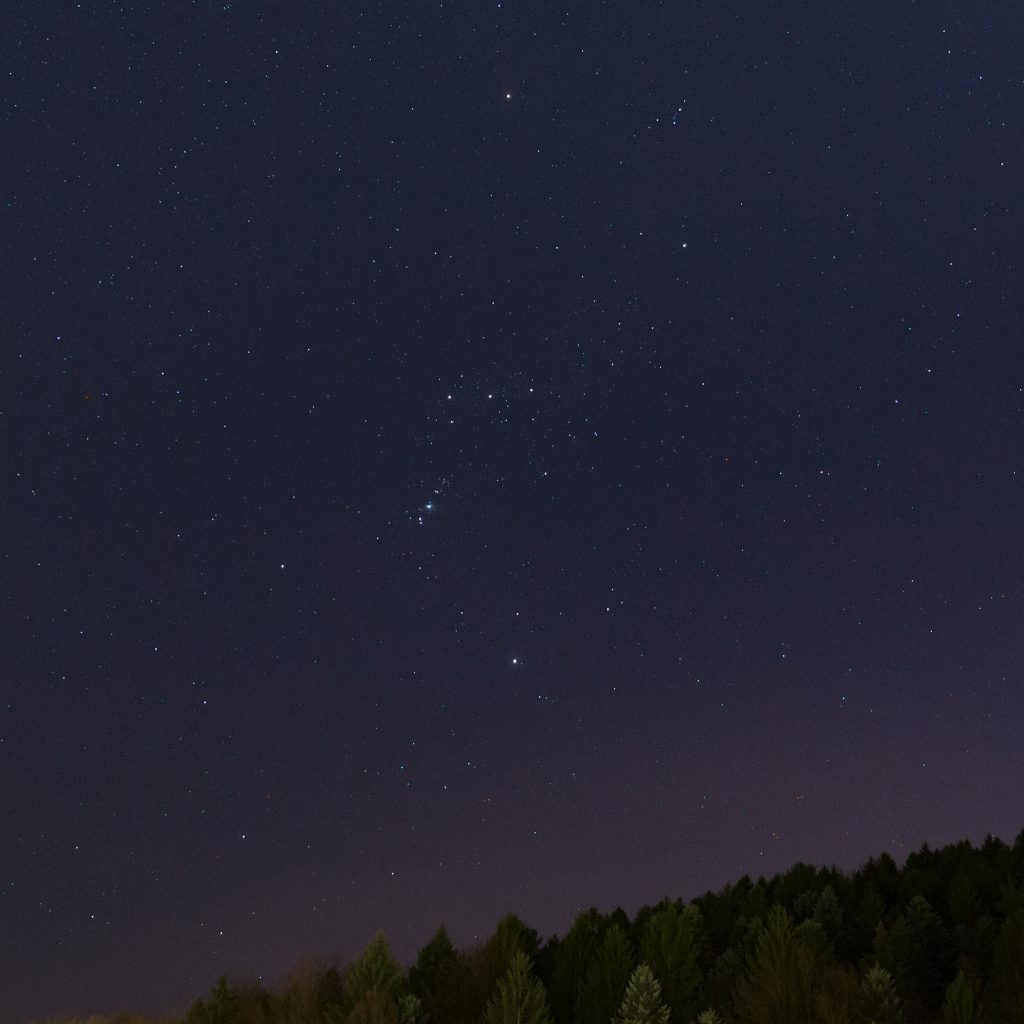 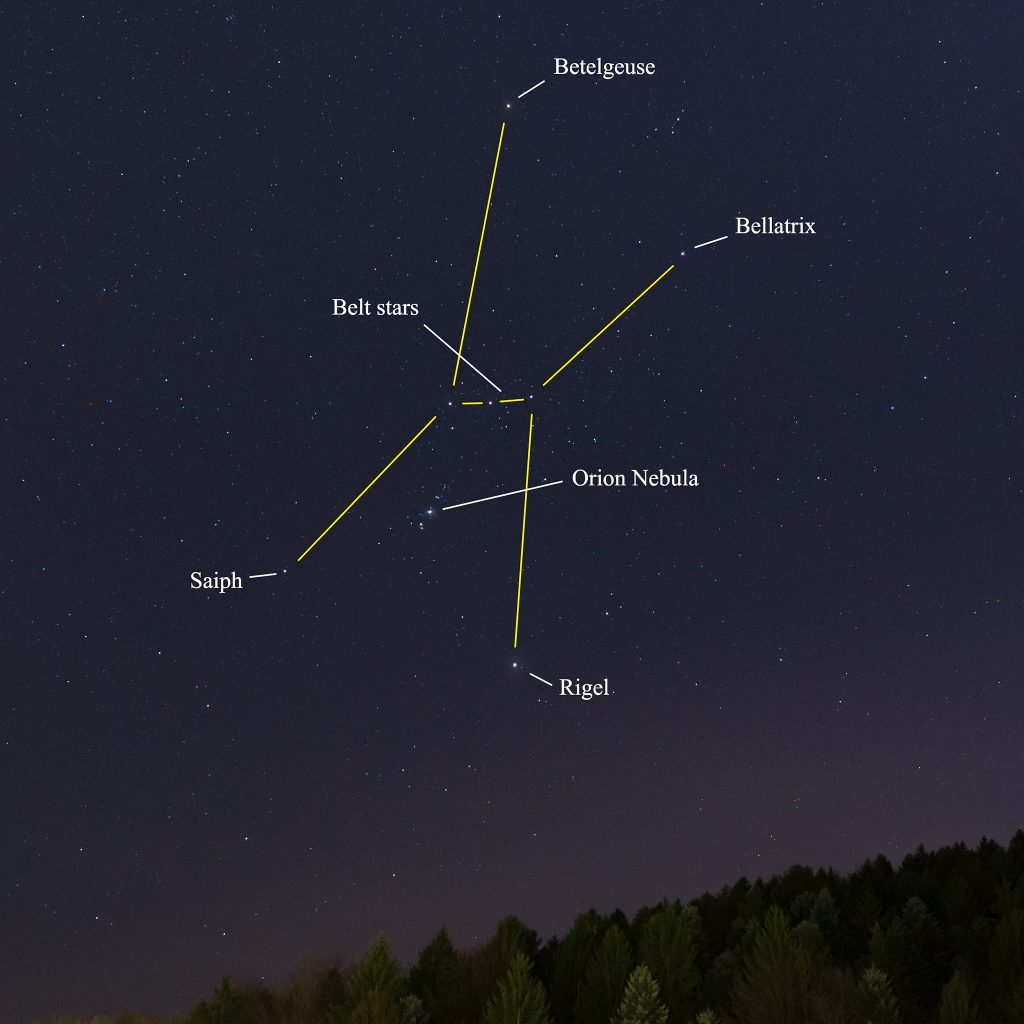 Orion is one of the most impressive constellations in the night sky. In Greek mythology the constellation was linked to a legendary, human hunter named Orion. If you watch the stars at a clear winter night, you can see the hunter from nearly any location on the northern hemisphere. Some of the brightest stars in the sky give the constellation its unique form. Betelgeuse, a red supergiant and one of the largest known stars, is the ninth brightest star in the night sky. Rigel, a blue-white supergiant, is the seventh brightest star in the night sky. Below the three Orion belt stars Alnitak, Alnilam and Mintaka a small patch of light is visible, the Orion Nebula. The Orion Nebula is one of the few celestial objects that can be seen by the naked eye and is not a star or a planet.

Constellations are random projections of bright stars to the sky background. There is normally no astrophysical connection between the objects that form a constellation. In Orion the situation is however different because Orion is a site of active star formation.