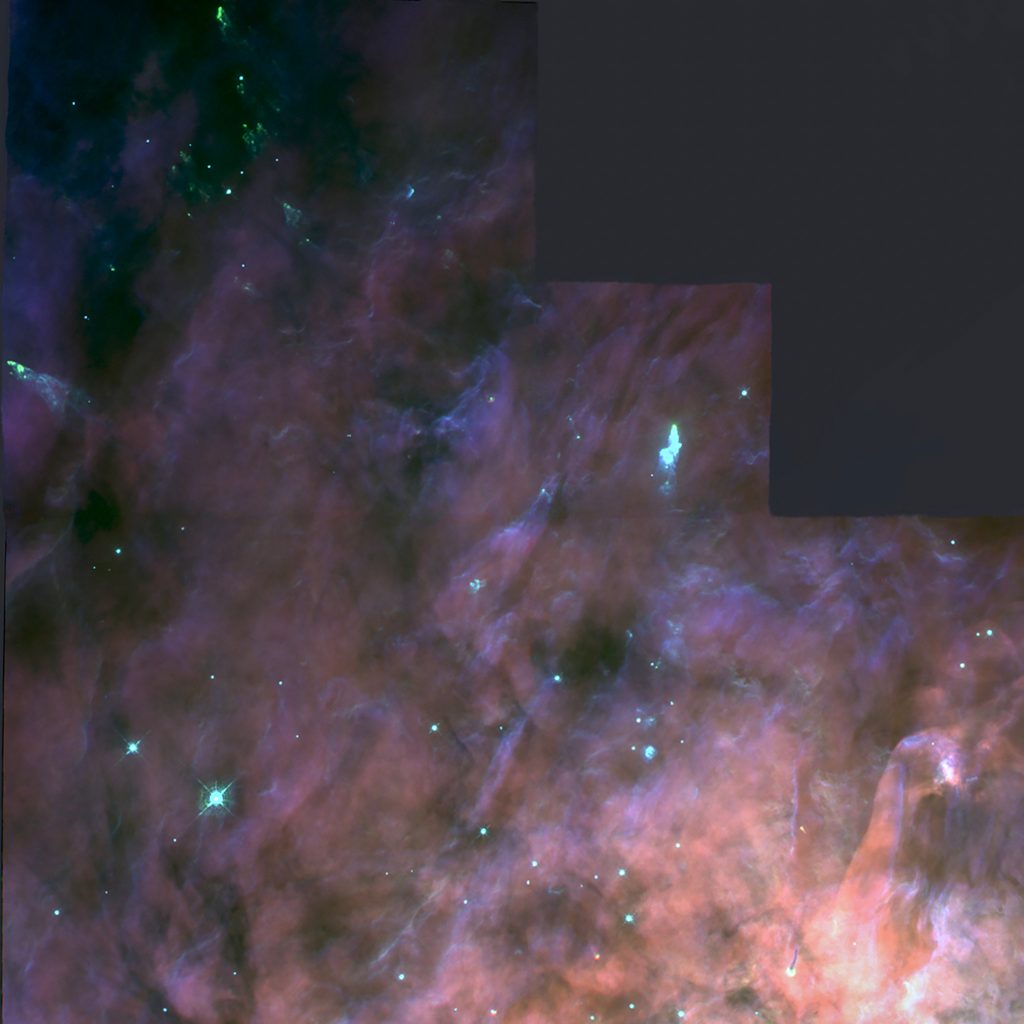 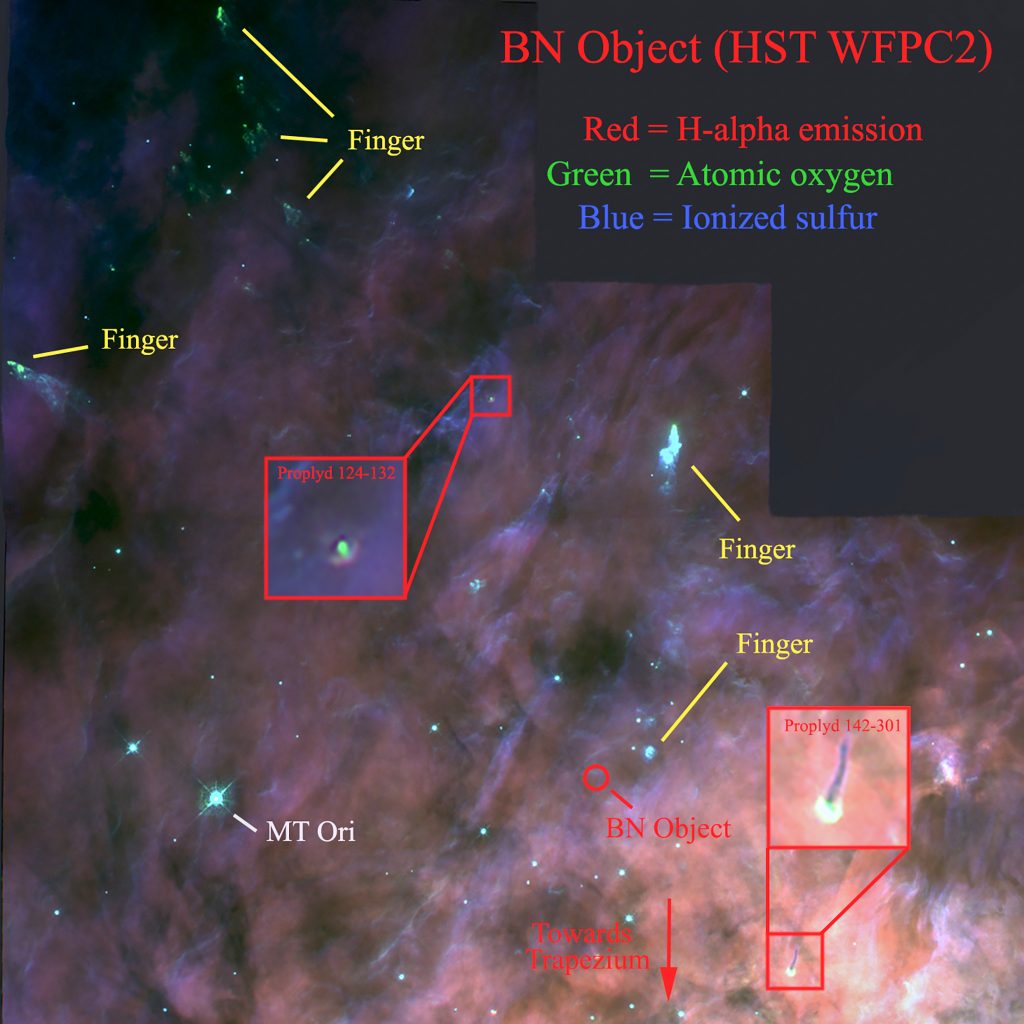 The BN Object region observed with the Wide Field Planetary Camera-2. Based on observations made with the NASA/ESA Hubble Space Telescope and obtained from the Hubble Legacy Archive, which is a collaboration between the Space Telescope Science Institute (STSCI, NASA), the Space Telescope European Coordinating Facility (ST-ECF/ESA) and the Canadian Astronomy Data Centre (CADC/NRC/CSA).

In 1966 two US astronomers, Eric Becklin and Gerry Neugebauer, made one of the first observations of the Orion Nebula in the infrared spectral range. To their surprise the brightest infrared object in the Orion Nebula was not the Trapezium but a formerly totally unknown object somewhat north of the
Trapezium stars. This object is today called the Becklin-Neugebauer Object (BN Object). More than 50 years after the discovery this entity is still an enigmatic object. We know that the BN Object is a young, massive star which is still deeply embedded inside the parent molecular cloud. We can therefore not see the BN Object (marked by a red circle) directly in the HST image above. We can however see objects which are astrophysical related to the Becklin-Neugebauer Object.

The red color in the image is due to H-alpha emission. H-alpha mainly traces the picture background. The blue and light blue, cloud like structures are due to ionized sulfur (blue) and atomic oxygen (green) emission. Several finger like structures can be identified in the image. These fingers are all pointing away from the area with the BN Object. The fingers consist of hot gas which was ejected in an energetic event about 500 years ago and moves with supersonic speed through the ambient medium.

The BN Object is a member of a group of several young, massive and deeply
embedded stars. Proper motion measurements of these stars indicate that the distance between these stars must have been very small about 500 years ago. There is therefore a probability that an energetic, explosive event, for example a merger of two stars, took place. This event could be the source of the finger like structures we see in the picture above. This scenario is
however still speculative and an accepted model for the origin of the finger like structures does not yet exist.

We can also identify several proplyds in the BN Object image. The two largest one’s are 142-301 and 124-132. Both proplyds have green, photoevaporating disks. This indicates atomic oxygen emission at the disk surface. The proplyd 142-301 has a bright head pointing towards the Trapezium stars and a very long tail which shows a slightly curved form.