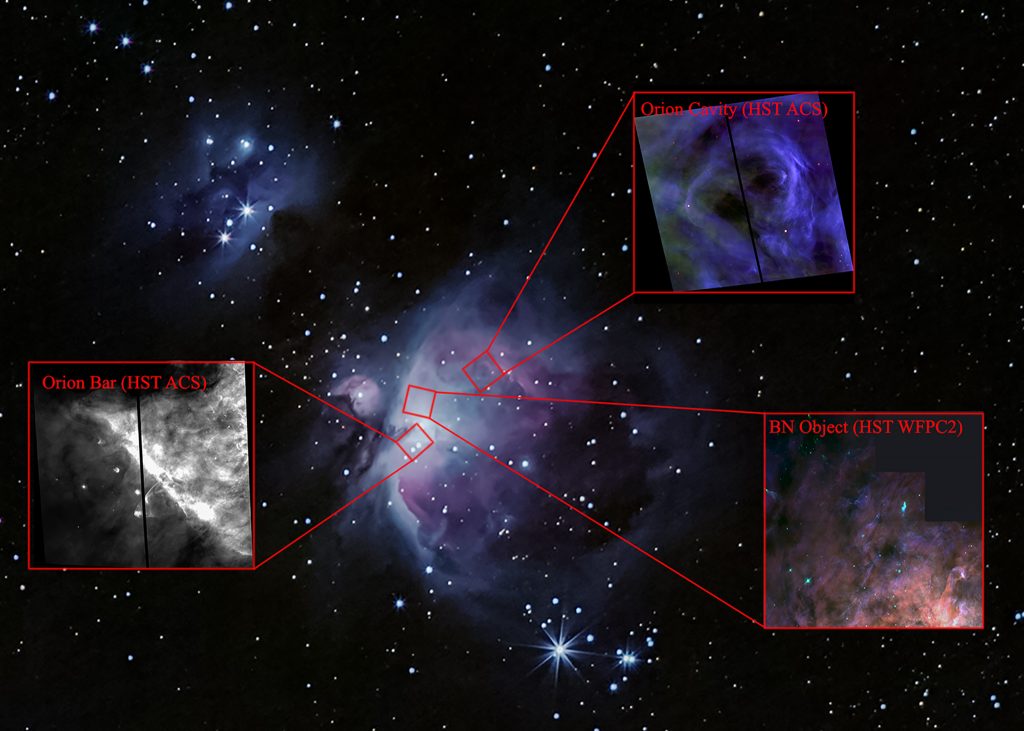 Here I use my own picture of the Orion Nebula to identify regions which seem interesting to me and I use the pictures from the Hubble Legacy Archive to study these regions in greater detail. Currently I have processed and analyzed three regions of interest: The Orion Bar region, the Orion Cavity region and the Orion BN Object region. These regions are discussed in more detail in the following sections.